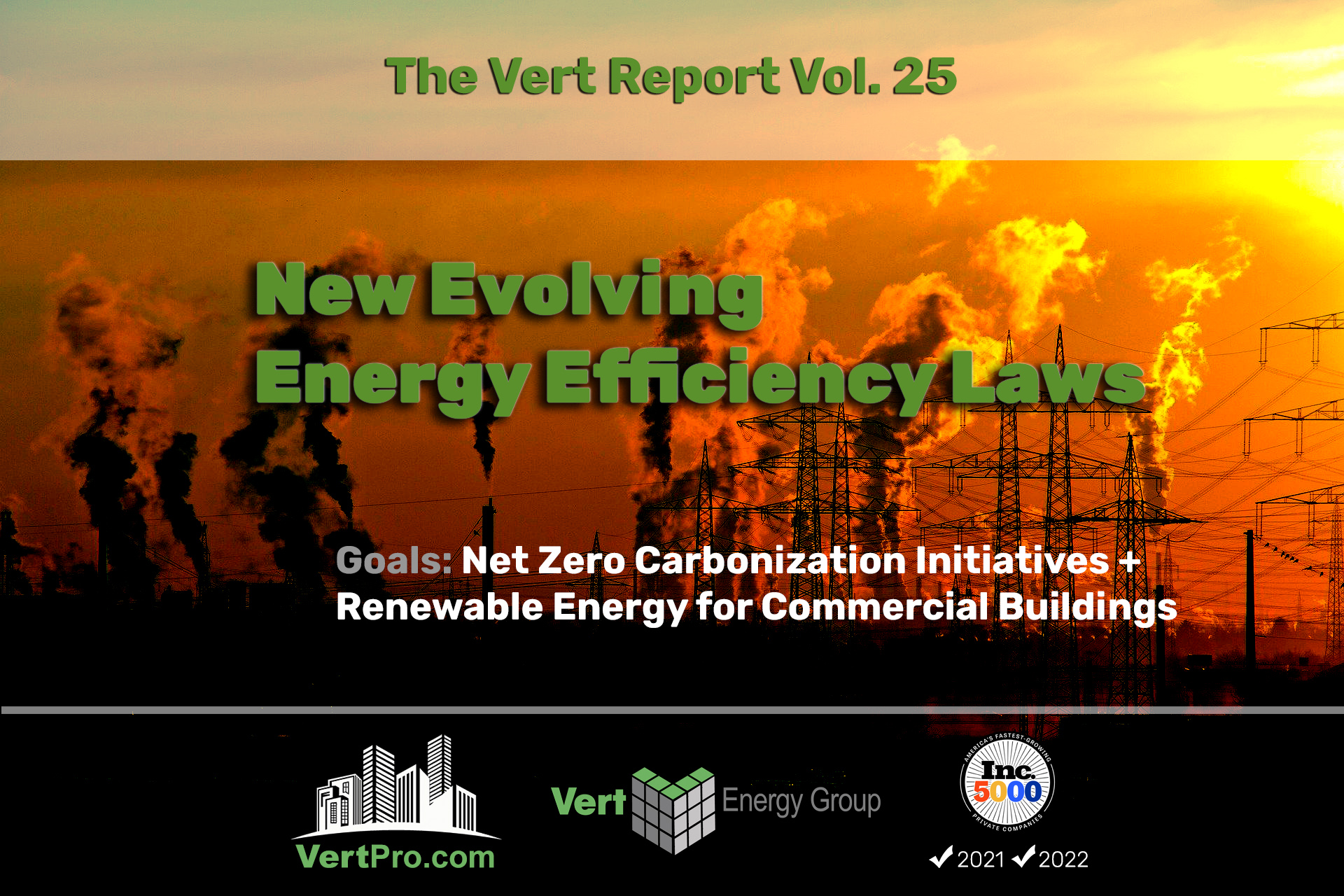 Today, nearly everyone accepts that we must transition away from the use of fossil fuels, as the damage happening to our planet and environment is astronomical. This has led to many science and business innovations as we search for new sustainable or renewable alternatives to coal, oil, and gas.

One such innovation is energy efficiency. This is the practice of using less energy to achieve the same goal, whether that’s powering a home, running a business, or manufacturing a product. For example, new energy-efficient lightbulbs use less electricity than traditional incandescent bulbs to produce the same amount of light. In the United States, new energy efficiency standards for appliances and equipment have led to significant savings in electricity use. New laws and regulations are increasingly requiring that products use less energy, and while some of these new efficient products may cost more upfront, over time they save money and help reduce our reliance on fossil fuels

As energy efficiency becomes an increasingly important issue for cities, states, and the nation, new energy laws and regulations are being enacted to mandate better performance from commercial and multifamily properties. Metrics you need to reach, deadlines, and specifics on how to file your energy performance with your municipality vary from city to city.

An example of such regulations is the newly adopted standards for consumer appliances and the energy-saving rules for federal buildings. The U.S. Department of Energy (DOE) released new building energy code requirements “that will save taxpayer dollars and ensure that the federal government leads by example in energy efficiency. Beginning in April 2023, all new buildings and major retrofits constructed by the Federal government must comply with the 2021 International Energy Conservation Code (IECC) and the 2019 American Society of Heating, Refrigerating, and Air Conditioning Engineers Standard 90.1 building energy codes. DOE estimates that this measure will save $4.2 million dollars in operating costs within the first year of implementation.” Source

Another example is California’s Building Decarbonization Partnership. The Building Decarbonization Partnership is a voluntary, non-regulatory program that helps buildings stakeholders identify and overcome barriers to achieving deep energy savings in their buildings. The Partnership provides resources and technical assistance to help participants save energy, money, and water, and achieve their climate goals. The Partnership is open to any multifamily or commercial building owner, manager, or operator who is interested in reducing energy use and greenhouse gas emissions in their buildings. There is no cost to participate in the Partnership. “California’s buildings produce a quarter of the state’s greenhouse gas (GHG) emissions, making homes and businesses a major factor in climate change. The California Building Decarbonization Assessment provides a framework to tackle the challenges in developing a path toward reducing GHG emissions associated with California’s buildings.” Source

These are just two examples of how the United States is leading the way in energy efficiency. While making your commercial building more energy efficient can be a challenge, it’s one that is well worth the effort. Not only will you save money, but you’ll be doing your part to help protect our environment. 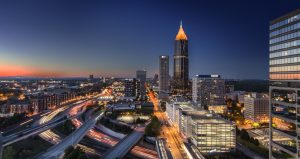 With consistently updating laws and ever-changing regulations, we have compiled a list of important dates and requirements for the upcoming Energy Audit deadlines for Los Angeles, San Francisco, San Jose, Austin, Seattle, Atlanta, Boston, and the state of Washington. Mark your calendars with important dates, and requirements to avoid potential fines/violations. Audits and RCx can take substantially longer than benchmarks as on-site inspections conducted by licensed professionals (LP) are required. A minimum of one on-site inspection is required to gather information and depending on the complexity and size of the building, additional on-site visits may be needed to get a full scope of the building and its systems and equipment. Any missing information can cause inaccurate reporting and delay the process of filing. To assure compliance by the deadline it is suggested that you request your audit 6-9 months prior to the due date, making this the time to start planning for 2023! 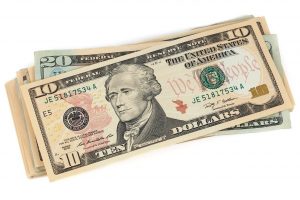 Missed benchmark deadlines can be a costly mistake for building owners. Every year building owners and managers are required to ensure their property is in compliance with their local city or state energy benchmark programs. Many benchmarking programs have penalties, and failure to file can result in written warnings and/or monetary fines. Non-compliance fines can add up quickly, so it is important to be aware of deadlines and the penalties for missing those deadlines. While not all benchmark programs have monetary fines or official warnings, each city and state agency keeps records. These are often made public via a compliance list, to hold building owners accountable and enforce compliance. These compliance lists can be located on your local city or state benchmarking website or by contacting your local programs support line directly.

The following is a complete chart of Benchmark programs with existing penalties for non-compliance:

Quote: “Energy-saving technologies keep improving faster than they’re applied, so efficiency is an ever larger and cheaper resource.” – Amory Lovins

Halloween movies are a great way to get into the Halloween spirit. Whether you’re looking for spooky, funny, family-friendly, or just downright creepy, there’s sure to be a Halloween movie out there for you. Grab some popcorn and get ready to be scared because the Vert Energy Team has compiled a list of our all-time favorite movies to watch on All Hallows Eve and these are the top 10 winners!

In order of the most suggested titles by employees:

As one of the most iconic Halloween movies of all time, it’s no surprise Hocus Pocus was the most chosen Halloween movie to watch among Vert Energy Group employees! Hocus Pocus has been praised for years for its humor, performances, and iconic songs. For an extra special surprise, head on over to Disney+, as Disney released Hocus Pocus 2, just in time for Halloween 2022! Gather your coven, grab your candy corn, and prepare for the ultimate Halloween movie night with a Hocus Pocus double feature! 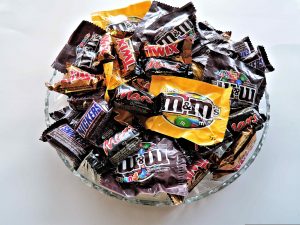 Halloween is a big industry in America. Every year, Americans spend billions of dollars on Halloween costumes, decorations, and candy. The Halloween industry has grown significantly in recent years, and it shows no signs of slowing down. According to the National Retail Federation‘s seasonal shopping trends this year, conducted by Prosper Insights & Analytics, Americans are predicted to spend $2.6 billion buying candy for Halloween, in comparison to $3.2 billion on costumes and $2.7 billion on decorations. 172 million people in the United States celebrate Halloween — and about 95% are predicted to purchase candy. That’s a lot of candy corn! 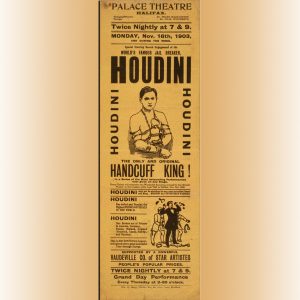 Halloween, a fun holiday with costumes, and candy, also happens to be the death date of one of the best escape artists in history, Harry Houdini.

Harry Houdini was a famous magician who dazzled crowds for over 30 years. He was born in Hungary in 1874, and he immigrated to the United States with his family when he was a young boy. Houdini was known for his daring escape acts. He would escape from handcuffs, chains, and even straight jackets, often in water or other dangerous situations. Houdini was also an accomplished aviator, and he set many records for flying machines.

On October 24, 1926, Harry Houdini was performing at the Princess Theatre in Montreal. During his show, he invited a member of the audience to come onstage and punch him in the stomach as hard as they could. This was part of Houdini’s act, and he had done it many times before without incident. However, this time was different. The student who punched Houdini, J. Gordon Whitehead, hit him so hard that Houdini collapsed and had to be taken to the hospital.

Houdini initially seemed to recover from the incident, but his condition quickly deteriorated. He is said to have died of peritonitis after his appendix ruptured, but the circumstances of his death remain mysterious to this day. At age 52, on October 31, 1926, Halloween night, Harry Houdini died.

One theory is that Houdini was killed by the Mafia. It’s well known that Houdini was very critical of the Mob, and he had made enemies within the organization. It is possible that the Mafia ordered Whitehead to punch Houdini in the stomach as a way of getting revenge.

Another theory is that Houdini was killed by the KGB. This theory emerged after the release of previously classified documents in 2006. These documents showed that Houdini had been under surveillance by the KGB for many years. It is possible that the KGB ordered Whitehead to punch Houdini to silence him.

Whether or not he was murdered, his death shocked the world, and his legacy has lived on ever since. Harry Houdini was a true pioneer in the world of magic, and his death is still the subject of conversation decades later.

Want your Make Your Building Green? Get an Energy Audit! »

Have a Project in Mind?

Vert Energy Group makes compliance reporting easy, accurate, and guaranteed to meet the deadline. We provide energy benchmark reporting for every state and municipality with an energy disclosure ordinance in effect, anywhere in the United States.

Find Out Which Laws Apply To You